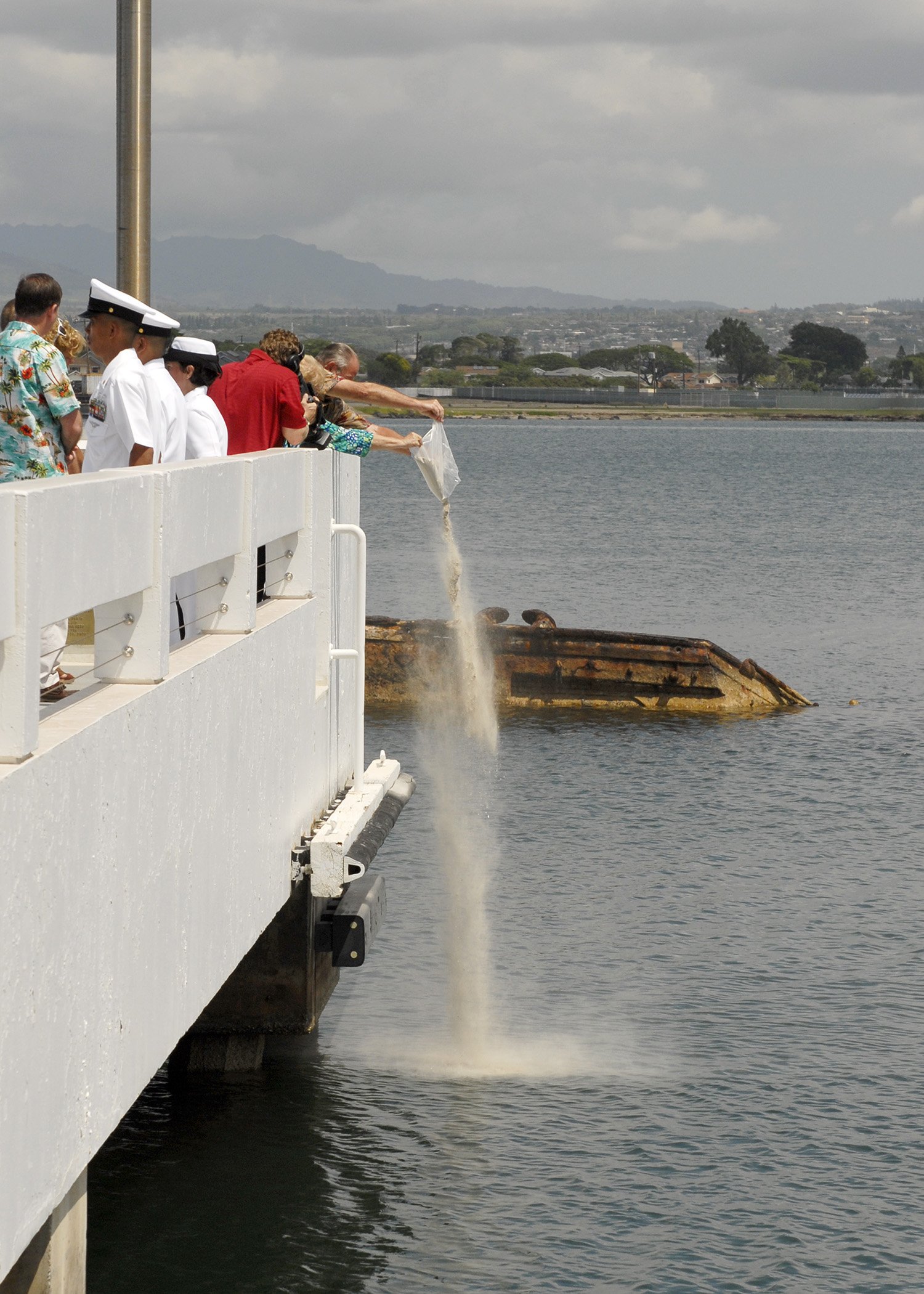 Scattering on Water wants to help you through your decision to do an ash scattering ceremony for your loved one.

After cremation, families must choose what they plan to do with the remains and ashes of the deceased.   Some people make their desires known and others don’t. However, as a tribute, many families try to think about a place that was most memorable for their loved one and then scatter their ashes at that location.

Scattering on Water finds that families find joy and healing as they perform an ash scattering ceremony to celebrate the person they’ve lost.  A bit of healing takes place during such a tribute.

One family knew without a doubt where their husband and father would like to have his ashes scattered. War hero, William Henderson, was on the USS Helena on the day of the Pearl Harbor attack.

Henderson fought hard after a brief state of unconsciousness. He came to and stood with his fellow shipmates to fight hard against the Japanese attacks in 1941.

Henderson went on to marry and have three daughters. He gave each of them the initials C-L-H in honor of his ship. Over the years, he helped raise money for tributes and other purposes to honor the lives that were lost during the war.

Henderson’s family said they felt sure that he would want to have his ashes scattered at Pearl Harbor. He served his country well and never forgot the importance of that day.

Henderson passed away in 2013. The family took his ashes back to the place of the attacks and scattered them there. He was given full military honors and “Taps” was played.

You can read more of this beautiful story here.

Scattering on Water would love to serve you and help you walk through an ash scattering service for someone that you love. We are here to assist you as you grieve and be a resource for you.